Tyler created this inspiring poster in his free time. He shares some great advice. 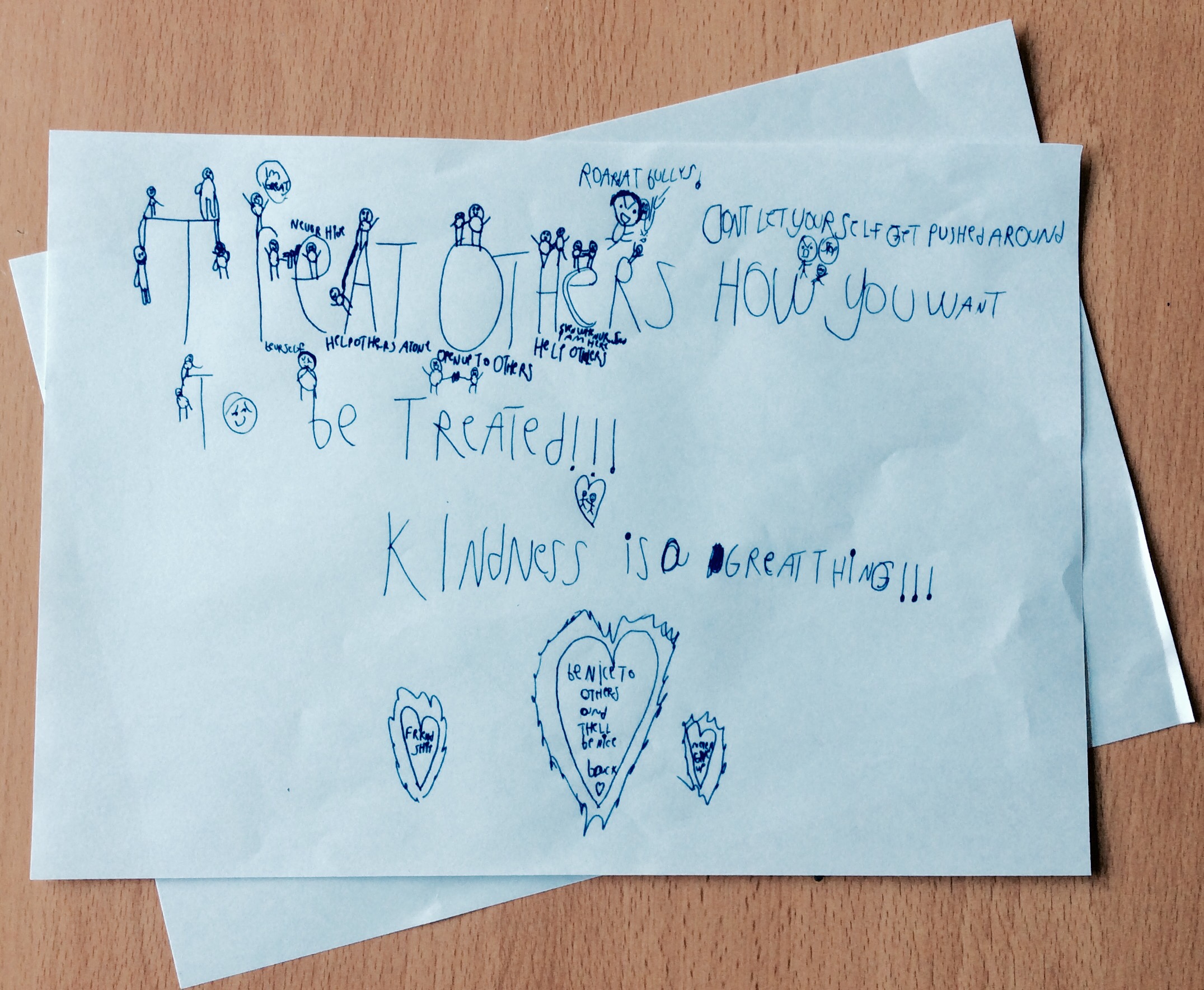 Over the moon it flies.

Never turn its back on you.

Alex gives a realistic account of how the people of Lindisfarne may have felt when the Vikings invaded over 1000 years ago.

Hello, I am Domono I am 6 years old.  I live on the island of Lindisfarne with a dog called Dare.  I am a fairly normal kid.  I like people that are strong and fierce and don’t like people that are loud and weak.  Perhaps you could describe me as a very different kind of person.  Like a lot of other children round here, when I grow up I want to be a warrior with a massive axe so that I can cut the heads off the invaders.

I want to tell you about the worst day of my life so far.

The year is 793.  There is a feeling of foreboding in my village.  For days the lightening has lit up the sky.  Across the island terrible thrashes of thunder have shook the ground.  There have been colossal storms at sea and shivering winds have blown huts down.  People have even said they have seen mad dragons flying in the air.

That evening the storm was raging more electrically than ever before.  I looked across the ocean and saw a vast fierce ice breathing dragon rushing across the sea. Siting on top there was a mob of infuriated Vikings.  I could hear it roaring and groaning as it was whooshing around the island.  I began to feel petrified. I have seen this in the bible. I imagined the dragon zipping down and lifting my hut when I was in it.

This term the Senior Team have been learning about Vikings. This story tells the saga of the infamous Rust the Viking Ender.

Hello, I am Rust I am 10 years old, I live on the Island of Stone, it has a volcano.  I live with my pet lizard called Dude, the island is 2000 feet tall, there are stairs that go all the way up to the top.  It takes a whole day to climb them.

I am not a normal kid.  I like meat but don’t like happy stuff and like unhappy stuff and bad stuff.  Perhaps you could describe me as dark, hateful and strong. Like a lot of other children I used to know around here when I grow up I want to be a warrior.

I want to tell you about the best day of my life so far.

The year is 1000. There is a feeling of death on my island.  For days the lightening has flashed across the sky and terrible shots of thunder have shook the ground.  There have been storms at sea and fierce winds have blown my hut down.  Dude is acting up, so I know something is wrong.

That evening the storm was raging more powerfully than ever before, I looked over the sea and I saw Vikings – lots of them. I knew it would take one day to climb up.

I had time the get geared up. I went to my deserted hut and found a 5 feet long sword I got my spare diamond armour.

I was ready to battle.

The Vikings were on my island. I hunted them down 10 by 10. Eventually there were 5 left. I made a noise to get 4 of them over to the bushes. I killed them, their skulls are my ornaments.

I showed myself to the last Viking.

There was a moment of silence.

We had blood all over us from our previous battles.     BOOM I jumped on his back and slit his throat. His blood was everywhere.

After that blood spilling battle I did a deep clean on MY island I called my self, Rust The Viking Ender.

Rowanfield was pleased to welcome visitors from the worlds of cooking, tourism, animal care and the armed forces to our annual careers fair.  We spent time finding out about the attributes we would need for each role and the skills we can work on now for our future success.